Hong Kong’s protest against the proposed extradition bill is getting bigger and more elaborate with every passing day. While authorities are using facial recognition cameras to identify protesters, the protesters are in turn using laser beams to defend themselves. 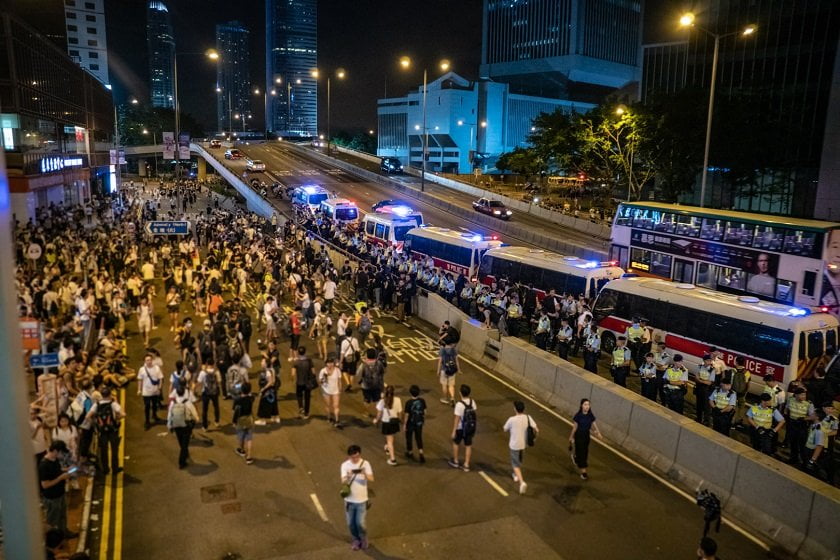 Since early June, millions of Hong Kong citizens have taken to the streets to show their disagreement for the proposed extradition bill that would allow Hong Kong residents to be extradited to jurisdictions that Hong Kong lacks a formal agreement with, including mainland China.

With each passing day the protest is getting bigger and more elaborate and police on the front lines has not hesitated from using tear gas or rubber bullets to disperse the protesters.

As the demonstrations continues, security forces were seen using facial recognition and biometric data to identify protesters. The New York Times reported that authorities were tracking people online and tracking their phones. Reports say that facial recognition cameras have been installed in dustbins to identify and single out protesters in the Chinese capital of Beijing.

The protesters have in turn also embraced various methods to thwart this hi-tech surveillance, including covering their faces, spray-painting surveillance cameras, and even shining laser beams at police officer’s faces and cameras.

The protesters have also resorted to other technological means to dodge authorities. Using VPNs and encrypted messaging services like Telegram are some of them.