Revisiting the crowdfunded mad-rush and unfurling everything that you need to know about the new Road Rash remake.

The Road Rash remake, which allows you fight with your opponents with a pipe while driving a motorcycle at the speed of 100 mph, calls for a close look as it has enough firepower to unleash the ultimate redemption along the road. Let’s kick-start the run for life (and death) named ‘Road Redemption Saga’. 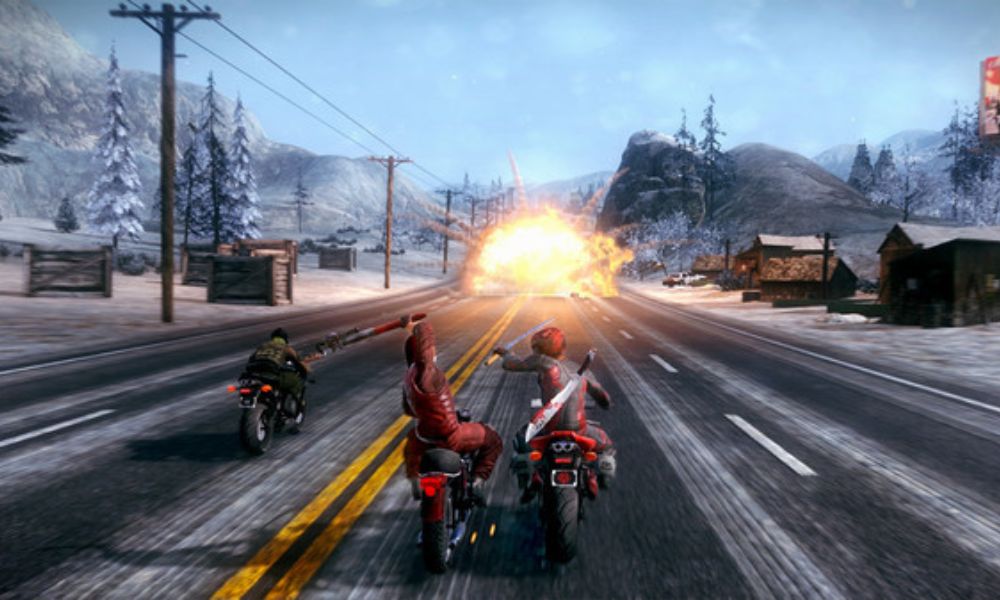 The story of the new Road Rash game is nothing less than a fairytale. Fans of the classic Road Rash game, which was first released way back in 1991 by EA Sports, joined hands to come up with a crowdfunding campaign to make the Road Rash remake a reality. Pixel Dash Studios and EQ-Games were entrusted with the responsibility of recreating the look and feel of the extremely popular Road Rash, while evoking nostalgia and modernizing the entire experience. Finally, it turned out to be a massive success – came out with flying colors in carrying forward the legacy of the original Road Rash game.

The Road Rash remake, Road Redemption ensures a ‘deep motorcycle fighting system with grabs, kicks, critical strikes and much more’ – something which is fundamental to the original Road Rash game. To spice up the excitement, it boasts of a highly-expandable skill tree with lots of added perks. 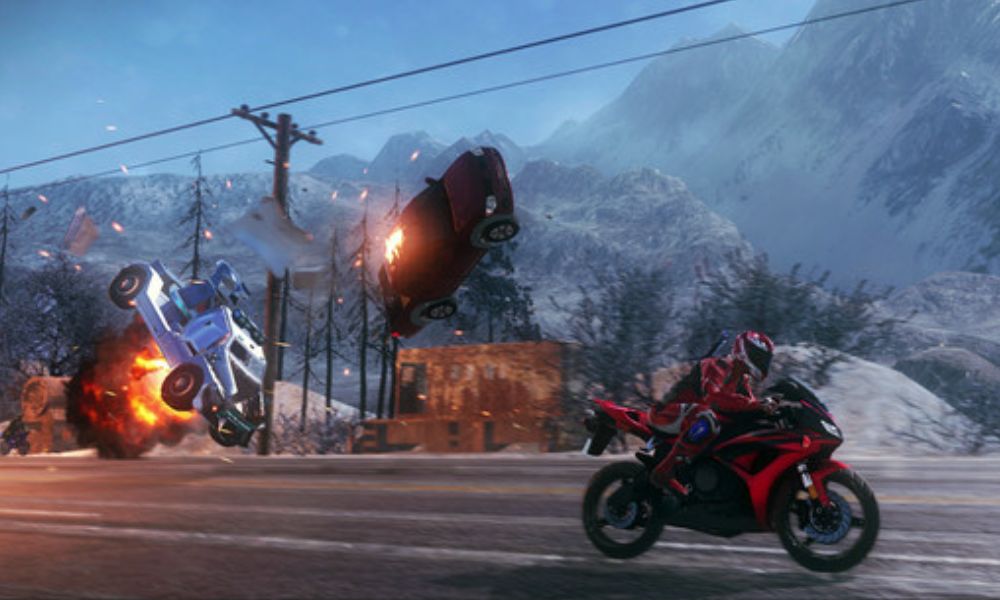 The new Road Rash Game seems to be a hell of a ride. [Image Credit: Steam]

The main objective of the Road Rash remake game remains leading your respective motorcycle gang ‘on an epic journey across the country’ while trying your skills at the driving-combat challenge. You can earn money by finishing races, executions and robberies all of which come as in-game challenges in your pathway. In the very process, you will be also securing massive upgrades so far as your character, bike and weapons are concerned.

The multiplayer mode allows you to choose between teaming-up with your friends and being pitted against them. If you select the Single Player Campaign, then you can unlock the complete 4-player splitscreen co-op feature.

The new Road Rash game initially got released on September 18, 2014. Later on, the Road Rash remake game was made available on PC in 2017.

Yes, you heard it right! You can now experience the adrenaline-rush on your new Steam Deck too. Just purchase it from Steam’s official site and the Road Rash remake will be added to your Steam Library automatically.

The Road Rash remake game which has an average audience rating of 4.2, is available on most of the leading gaming platforms – Nintendo Switch, PlayStation 4 and Xbox One.

Developed by Pixel Dash Studios and EQ-Games, this driving-combat-adventure game has an array of awards and accolades in its kitty. Destructoid gave it 9.0, while it got 90% from Gamespew and a 90 out of 100 from Ragequit.

In a nutshell, the new Road Rash game has managed to garner an overwhelming response and is loved all and sundry across the gaming world.

The original Road Rash game was introduced to gamers three decades ago, in 1991 by market-leaders EA Sports, who are famous for their smash-hit FIFA game franchise.

Where Can I Buy Road Redemption?

You can buy the new Road Rash game directly from Steam, Xbox or PlayStation.

How much does the Road Redemption game cost?