As Samsung was reportedly readying itself for the 5G model of its Galaxy Z Flip phone, its video promo seems to be leaked online that allegedly shows off the foldable phone from all sides.

The 5G model of Galaxy Z Flip phone was in development for some while now and was set to launch on the 5th of August at the scheduled Samsung Galaxy Unpacked event. A twitter account leaked the video by the name of Evan Blass, who is supposedly a popular tipster. It revealed the device from all angles – open, closed, and everywhere in between, leaving nothing left for our imaginations. From what could be gathered from the video, the new phone has nothing entirely different from the LTE version of the Galaxy Z Flip launched back in February, with quite same looks and feel. 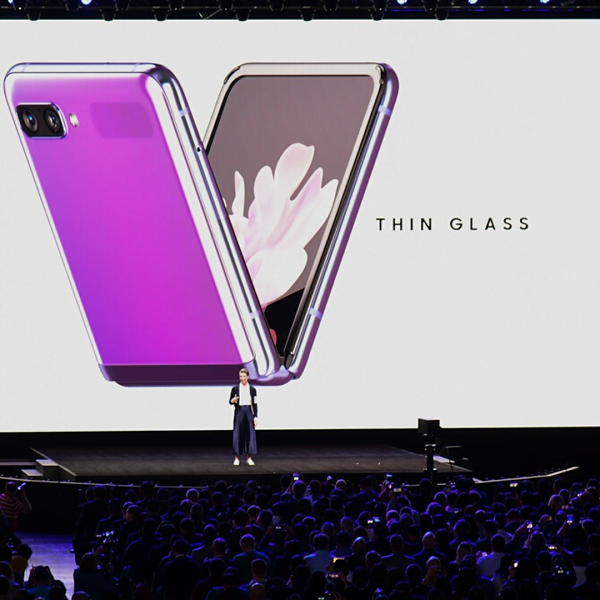 Samsung’s Galaxy Z Flip phone will come in a new ‘mystic bronze’ color as well as black and green models.

Few modifications, according to XDA-Developers’ Max Weinbach, the new device has a faster processor with 5G support and is taller and thicker. He also mentions that this will be a “negligible amount” of change on the part of dimensions. The new phone will be 0.5mm thicker and 0.1mm taller than its current version. Apart from this, some other fundamental changes that could be inferred are that it could run on an octa-core Qualcomm Snapdragon 865+ SoC, which is a small spec bump over the Snapdragon 855 Plus that came in the original. It also comes in a new ‘mystic bronze’ color as well as black and green models.

Barring the modifications mentioned above, every other feature of the phone is rumored to be the same, including the dual-lens 12MP+12MP cameras, the sensors, the display, the battery size, etc. Further to this, what’s more, is that it is also reported that Samsung would leave out chargers while shipping its smart-phones from 2021. Kuo, an Apple analyst, predicts a similar trend for Apple as well.

However, it should be noted that nothing from this leaked video can be believed to be official from Samsung as yet.

In extent on the new leaks, a support page of the Galaxy Z Flip 5G has ostensibly been listed on the Samsung Hungary website with a model number SM-F707B. This is markedly the same model number that appeared on a Geekbench listing last month. There is no revelation of any details about the Galaxy Z Flip 5G in the Samsung Hungary site. However, it does suggest that the new phone is inward bound.

Whether it is 5G or foldable phones, there is still a long way to go and for them to become the new normal. As of now, let’s hope the Samsung Galaxy Z Flip delivers what it has promised, enhanced performances and excellent 5G efficiency.