Star Wars: Squadrons almost is like flying an X-Wing.

Ever since Star Wars launched, fans have always looked forward to flying like Luke Skywalker and Darth Vader fighting it out and following in the footsteps of the star-fighters of the franchise. Squadrons make this possible!  It is purely a flight simulation game. Though it is not as complicated as actual flight simulation, it gives a real-life experience to the player.

The Squadrons’ single-player option feels like a multi-hour tutorial that aims at training the pilot in the player before throwing them in the multiplayer. Each game’s faction has four ships- an all-purpose fighter plane, a speedy interceptor, a mighty bomber, and a support staff craft. The initial missions will assign the player mini load-outs and roles to play like helping players know how the aircraft works and the later levels bring in a more comprehensive free choice of craft. Players can also switch between aircrafts crafts mid-battle in the later levels of the game.

The single-player mode puts the players in the cockpits of dueling Rebel and Imperial squadrons, with swaps en route between the two viewpoints that comprise the prestigious Starhawk’s construction. This is a New Republic battleship that can change the course of the war. Star Wars Squadron game does its best to sympathize with players of both ends by providing them ways to connect and chat with their squadron-mates between battles. However, the game often runs into the familiar issue in Star Wars– the bad guys. 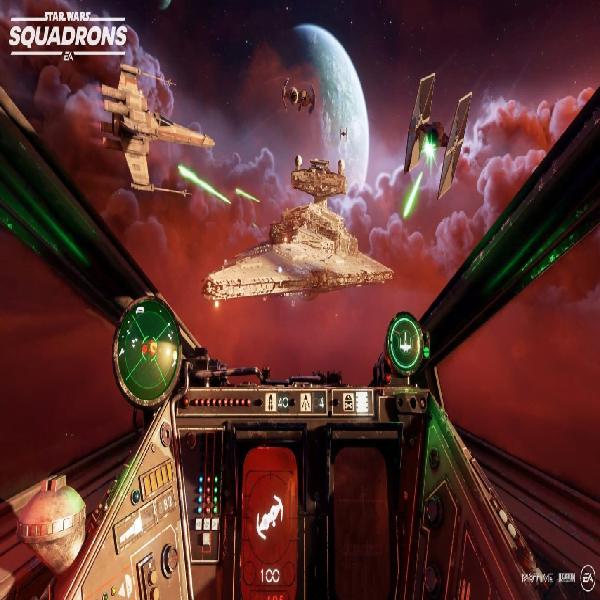 There are limitations to the game, too- like the number of stages available for the gameplay version, though players can make the most of their toolbox. For instance, in one mission, the players can stealthily approach a battlecruiser, while it suddenly flips the script to players having to defend an outpost or hunt down an enemy.

The players are given shields, engines, and weapons to protect themselves, and they also continuously juggle their power between the systems. In case of emergency, players can dump fuel into their craft engine, however, at the expense of shields and armor. If an enemy strikes, players can quickly double up their rear-guards by diverting the real power.

Squadron gives its best to providing the players to achieve their dream of flying their X-Wing or TIE fighter. The Star Wars Squadron can only be played in the first-person view, and each cockpit is designed with utmost love, so much that the game allows players to disable the in-game HUD  and then only on the cockpit instruments. The game also HOTAS (hands-on throttle-and-stick) support and can be controlled with a joystick.

The Star Wars Squadron game’s highlight is the comprehensive support for VR across the entire game in single and multiplayer. The VR experience makes the Squadrons look incredibly cool and gives an expanded field of view that helps pilot the craft.  The Star Wars Squadron game is perfect for players who can invest time and want to achieve their dream and enjoy a thrilling flying experience.