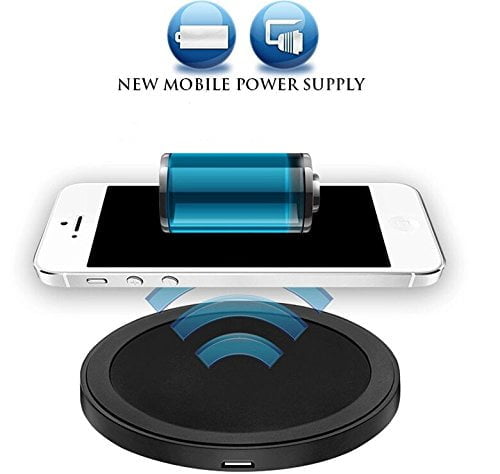 Apple is collaborating with supply-partners on the latest wireless charging technology for iOS devices, such as an Apple iPhone. The technology will allow the Apple smartphones to charge wirelessly, further away from the technology of charging mats, which is being used by current smartphones.

The feature, although, is yet to be confirmed, but it could definitely give an edge to iPhones over rivals while developing the latest addition- a first for its flagship line-up of Apple iPhones.

The company is still stuck in charging its phone through a port while competitors like Samsung have moved to a better and convenient option- Wireless Charging Technology. All you need to do is, lay your smartphone over the charging mat and relax. It is fairly similar to the technology used by Apple Watch.

According to the reports published by Bloomberg, Apple is coordinating with partners in Asia and the United States to develop the technology.

The tech giant, of course, has to undergo several technical hindrances when it is about wireless charging technology. The power loss over distance is one of the basic issues, which requires a solution. The power loss concept means, when a device is carried away at a distance from the charging mat, the batteries would take longer to charge.

The accurate details regarding a solution from Apple for such power loss issues remain unclear, but according to the report, the iOS-maker is analyzing its various options and the methods in which it prefers the wireless charging to be implemented in its device.

The concept of wireless charging technology has been a rumored feature for the upcoming Apple iPhone 7, which is all set to launch later this year. However, the latest reports make it look like we won’t be able to witness the wireless charging feature implemented in iPhones any sooner. We might have to wait for the next iPhone, which Apple might launch in 2017.

Tim Cook’s company has filed for a couple of patents regarding wireless charging. Earlier in 2010, the company filed a patent, which suggested an iMac-like device to be utilized as a wirelessly charging hub for iOS devices.

The new iPhone model is speculated to drop its headphone jack to give a gateway for Bluetooth. Possibly, the tech giant could be on its way to ditch the port lightning in favor of wireless Beats headphones and wireless charging altogether.

Earlier this week, Apple reported its first quarterly earnings 2016. The reports showed that the sales for iPhone have slowed down. Such wireless charging feature could possibly fascinate more people to go for an iPhone, which might give a spike to staggering Apple sales.