Rambo Enters the Far Cry 6 Universe With the New Update

Far Cry 6 is a first person shooter game developed by Ubisoft Toronto that was first released in October 2021. The Far Cry 6 Rambo DLC is a free crossover update, wherein players can complete a new mission to earn a new weapon. The content is free for anyone who owns the game. 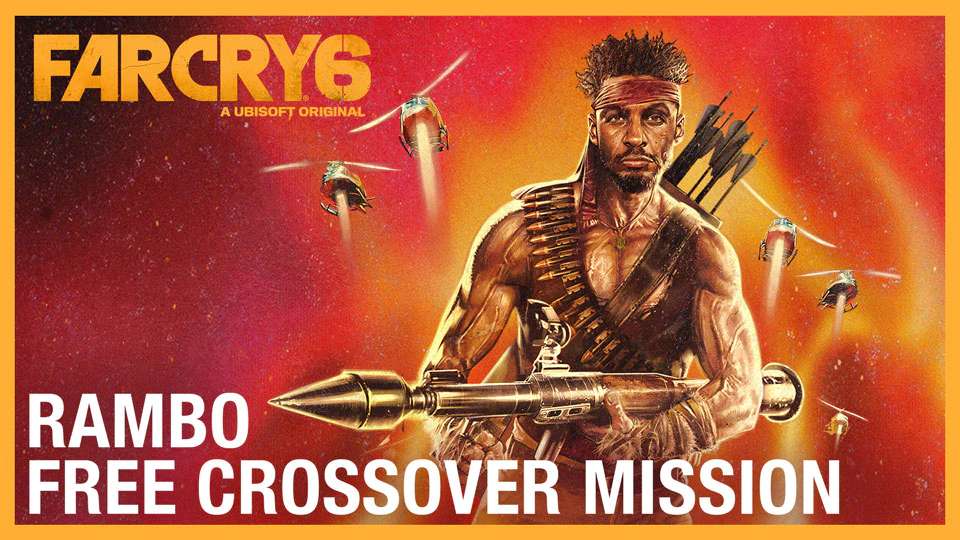 Players can accompany the superfan to take down Yara’s power-hungry dictator.

The game was released last year for Microsoft Windows, PlayStation 4, PlayStation 5, Xbox One, Xbox Series X/S, Stadia, and Amazon Luna. It is the sixth installment of the Far Cry series and is set in the fictional island of Yara.

The island is ruled by a dictator, Anton Castillo, who is grooming his young son, Diego, to take over his role. Players take on the role of a guerrilla fighter, Dani, who attempts to topple Castillo’s regime. Players can explore the island on foot, or use vehicles on land, water, and air. The island is divided into seven regions and has different terrains, which test one’s skills. Players can also use  a variety of firearms that can be customized using materials that are available on the land. The game mostly received mixed reviews.

Players are fighting to overthrow the tyrant and to restore Yara to its former glory. Before beginning the game, players can select Dani’s gender.

By July 2002, when Far Cry 6 was announced, the game had been in production for over four years. The creators seem to have loosely based the stories around Cuba and the Cuban revolution. When asked if they were making a political statement with the game, the creators denied the rumors.

In the crossover mission, the titular character-cum-rebel, Dani, teams up with a Rambo superfan to take on the Yaran army. The reward for successfully completing the mission is a Vengeance Bow that can be used to take down helicopters and enemy vehicles. The Vengeance Bow can shoot explosive-tipped arrows. In keeping with the title, there are some references to hit moments from the film-franchise.

Ubisoft partnered with STUDIOCANAL, which owns the rights to Rambo I-III, to come up with the exciting new mission. As part of the Ubisoft Store Lunar Year Sale, the developer is offering select editions of Far Cry 6 at a discount of 40 percent. Later, the Far Cry 6 Season pass will be available at a discount of 25 percent. Those who wish to add on to their haul can also purchase the Rambo Bundle, which contains gear, weapons, and a vehicle inspired by the movies. The ‘Rambo: All the Blood’ mission can be played solo or with a friend. Purchasing the Rambo Bundle will give players access to an array of accessories and weapons that they can use to customize the guerrilla soldier.

The recent Far Cry update can be downloaded for the PS4, PS5, Xbox One, Xbox Series X and S, and PC. It also comes with various gameplay enhancements and bug fixes. The update’s complete patch notes are given in detail on the Ubisoft website.

In other news, PlayStation added newer games to its catalog for February. According to the official announcement, the three new titles are EA Sports UFC 4, Tiny Tina’s Assault on Dragon Keep: A Wonderlands One-shot Adventure, and Planet Coaster: Console Edition.